The scholarships provided by Educaid Guatemala help girls become better moms, better citizens in their communities, and enables them to lift themselves out of poverty. 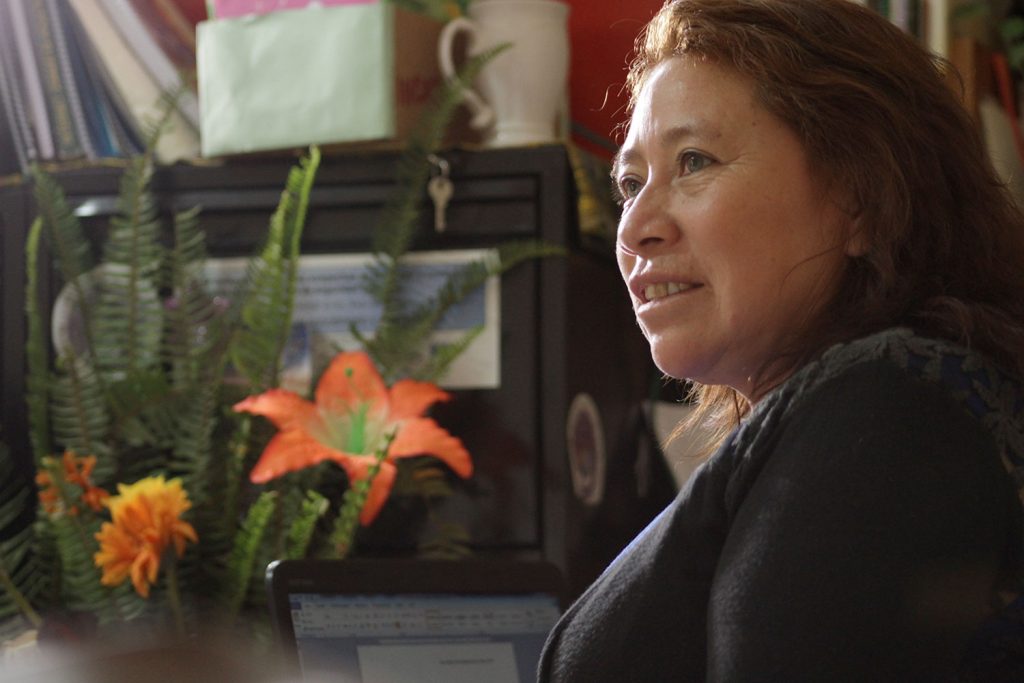 Eugenia is from the mountainous town of San Andrés Semetabaj in Sololá, Guatemala. She was raised in a time when few girls continued their education past primary school. In fact, many girls never made it past the 3rd grade. They only had enough education to count money in the market, which was considered sufficient by many families.

Eugenia’s family knew that getting more education was the best way for her to be able to provide for her family in the future. They were able to secure a scholarship at the Instituto Indígena Nuestra Señora del Socorro for Indigenous girls in Sololá. She excelled and went on to study social work at a local university.

Eventually, Eugenia became the representative for women’s rights in her hometown. She has held this position for three years. Part of her responsibility is to coordinate with other organizations in the area to ensure that women have access to better health care, access to capital to open and run small businesses from their homes, and understand their rights so that they can avoid some of the discriminatory practices of the past.

Because Eugenia had this scholarship she has attained a respectable place in her community. She also is a model to other women and families. Since she  pursued an education she now has a better paying job and provides better for her family than many of the friends she was raised with. She says that many of her childhood friends, who did not get an education, are stay-at-home moms and cannot contribute to the economic wellbeing of the family. Many of them spend their time collecting firewood, washing clothes by hand, and cooking over wood burning stoves.

It is a fact that when girls are able to get an education they typically delay getting married until they are ready to support a family. For each additional year a girl spends in school, the age at which she has her first child is typically delayed up to 10 months, giving her time to better prepare to be a mother. Similarly, for every year a girl stays in school after primary school her income earning potential increases. A girl who graduates from high school can earn 25% per year more than a girl that only has primary school education. 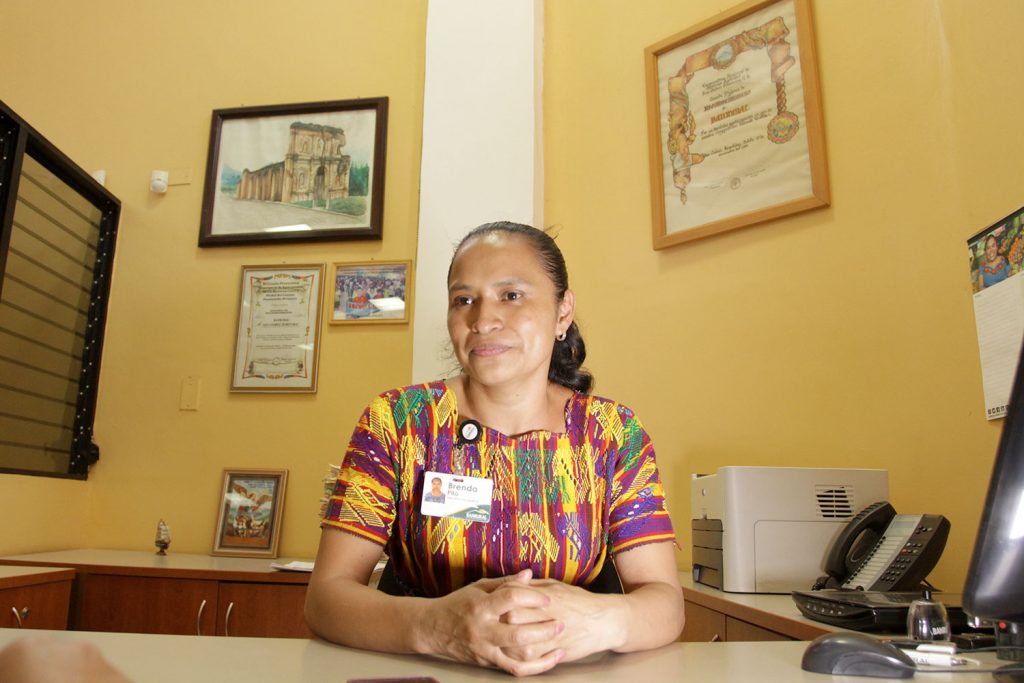 Brenda was raised in the indigenous community of San Andres Semetabaj located in the fertile mountains overlooking Lake Atitlan. Her father was a carpenter who made simple furniture for many of the families in the community. His income was meager, but enough to put food on the table for the family of six. Like most of the women during that time, Brenda’s mother stayed at home to take care of the family.

Her parents wanted more for their children than what they could provide. Brenda’s father never attended school, which meant he could not even read or write. Her mother was able to complete primary school. But her education was not enough for her to find work outside the house. Seeing that people who had a profession were able to enjoy a higher standard of living, Brenda’s parents wanted their children to at least finish high school, which would enable them to get decent paying jobs. However, the cost of sending their children to school was prohibitive. Being a determined parent, Brenda’s mom was able to get scholarships for their girls through Educaid Guatemala’s partner organization, Fundación Paiz para la Educación y la Cultura.

Brenda completed a degree to become a bookkeeper. This was sufficient enough for her to get a job as a bank teller in her hometown. As a committed, accomplished, hardworking young woman, Brenda began to climb the ranks in the bank. Today she is the Assistant Manager of Banrural, a large bank throughout Guatemala known for its work in rural areas. She also qualified for a tuition waiver program through the bank, and is now finishing her bachelor’s degree in business administration.

Getting an education meant more than being able to get a salaried job in this rural town. It also meant that Brenda delayed getting married and having children. While some of her primary school friends started their families in their early teens, Brenda waited until she had completed her studies. It also meant that she provides well not only for her family, but is able to help take care of her elderly parents.

Brenda is following in the same footsteps as her parents. Her only daughter will graduate later this year from the San Andrés Semetabaj in Sololá, Guatemala. Ana Cristina plans to go to university to study to become a teacher.